This little elephant came trotting along last week to catch up with his friends. Beautifully embroidered by Sue T. 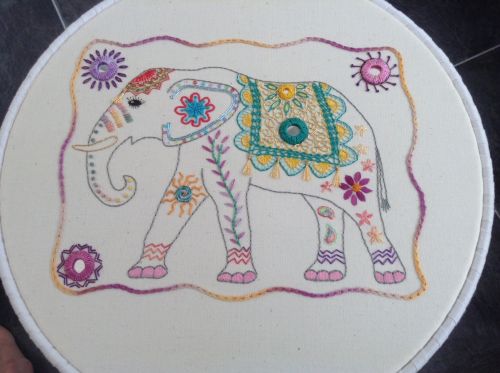 I’ll just show you her Metal thread woodpecker while we’re at it shall I ? 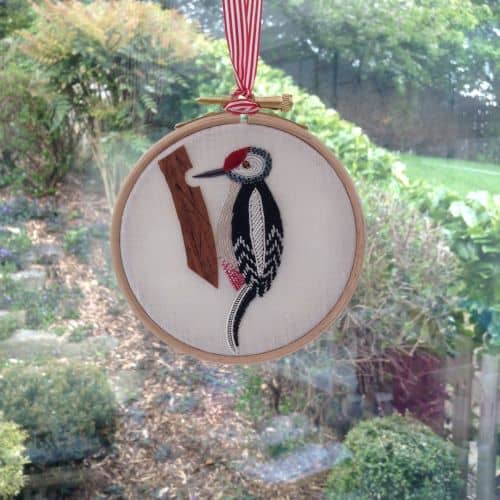 Not much you can say except ‘Wow !’

Another ‘Wow!’ is Nicola’s Crewelwork parrot, which as usual she had finished and framed by the day after the course !

Oh, bother, can’t get the picture up as it says it’s zippered, never mind, you’ll just have to imagine how lovely it is !

Last weekend we had a stumpwork course at the shop. We were working on sheep, lots of lovely woolly sheep ! Everyone who attended the course can now do French knots blindfolded with one arm behind their backs ! 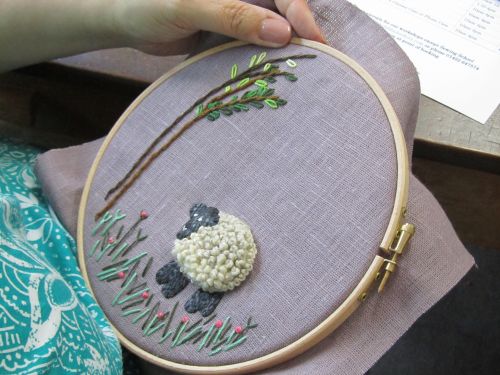 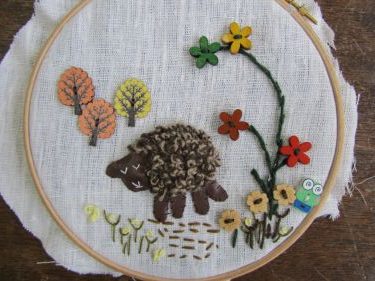 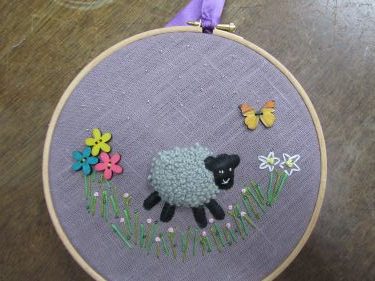 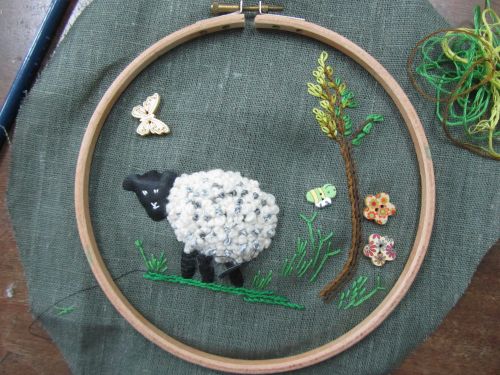 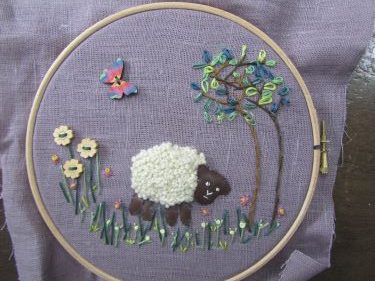 One of my regular groups of girls came for the day last weekend, all working on different, but equally beautiful projects. Max is making a large bed quilt in a stunning array of purple fabrics …. 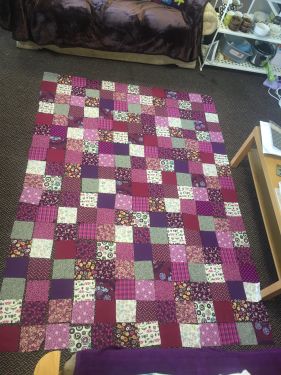 This was just the layout and arranging stage !

Jackie is already planning for Christmas. She started an applique table runner in lovely muted shades and a folksy design ….. 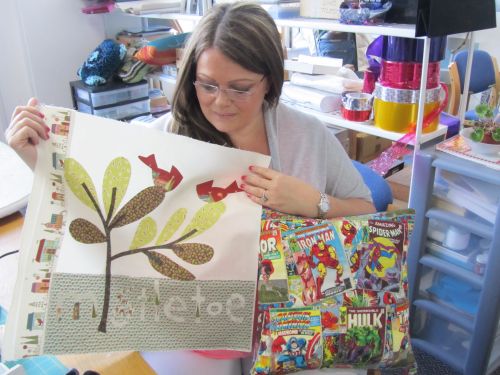 …. she also made a Marvel comics cushion for her nephew too !

Carol was a woman on a mission, she wanted to do dressmaking and to learn how to use her new sewing machine. She achieved both and went home with a beautiful blue chambray top – she even made her own bias binding to give it a very professional look!  I didn’t get a picture of the finished garment unfortunately, but this is it in progress …. 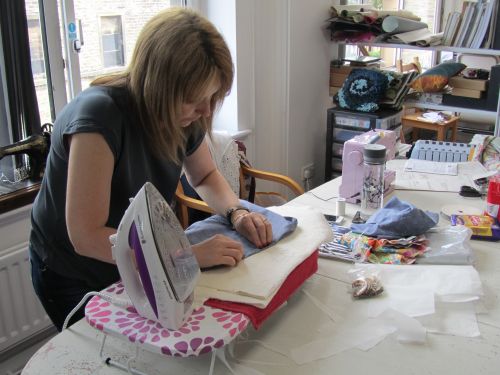 Yesterday we had two people who had travelled a bit further than some to come and spend a day at Croft Myl. ‘V’ had come all the way from Scotland and her nephew Sean had come from Boston Spa. They both wanted to learn rag rugging and made a lot of progress in the course of the session. They went home with their projects well underway ….. 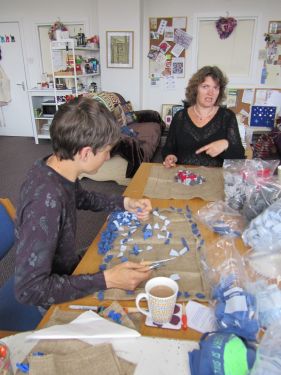 Last week I spent an afternoon at Bradford Cathedral with my friend Emma. We went to have a look at the work a group of embroiderers are doing to create some large canvaswork pieces. We are hoping we may be able to get more involved with the project, time allowing ! 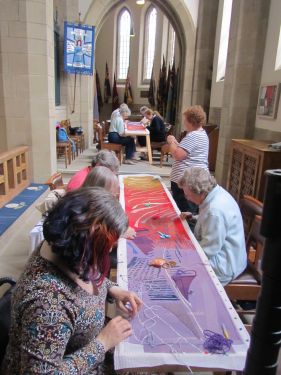 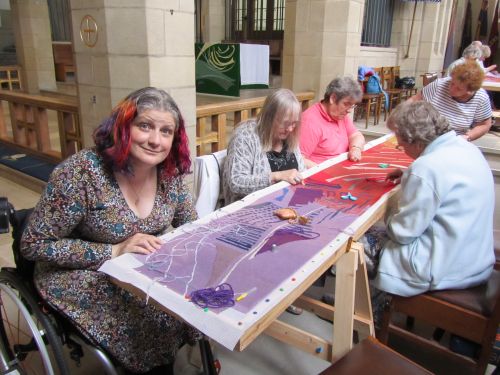 Another friend, Emily Precious, has had a piece of her Goldwork featured in the ‘Inspirations’ magazine online ‘Embroidery News’. It is the stunning blue peacock which I showed a picture of previously. She kindly gave me a mention as being her tutor, and Chrissy for running courses at the Fabbadashery.

Finally, Beckie and Tom went for a day walking in Hardcastle Crags recently and the lovely Beckie took this amazing photo for me. I will definitely be stitching this little fellow as soon as I get a few minutes spare ! 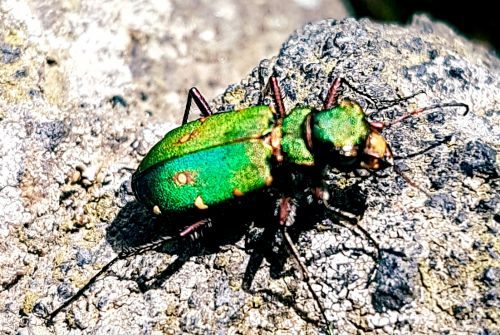