….. to misquote the ancient saying ! The original version – ‘From Hell, Hull and Halifax, Good Lord Deliver Us’, is from a poem written by John Taylor in 1622, ‘The Beggars’ Litany’. It relates to the fact that all three places were best avoided if possible – Hell, for obvious reasons, Hull, for its notorious Gaol, and Halifax because if you were caught stealing goods to the value of 13 and a half pence or more you were sent to the Gibbet, an early guillotine, and decapitated.

The Gibbet ( or rather a replica) is still present in Halifax, at the bottom of Gibbet Street, the original blade is in Bankfield Museum. I’m not sure whether the law still applies !

Anyway, I digress ! Harrow, Hull and Halifax are the three places people have travelled from to attend my classes this week. Two ladies from Halifax came to my house to learn rag rugging, I forgot to take a photo but hopefully they might send me a picture when they finish their rugs.

Frances from Harrow had a 500 mile round trip to come and attend our ‘Quilt As You Go’ workshop at the shop on Saturday. 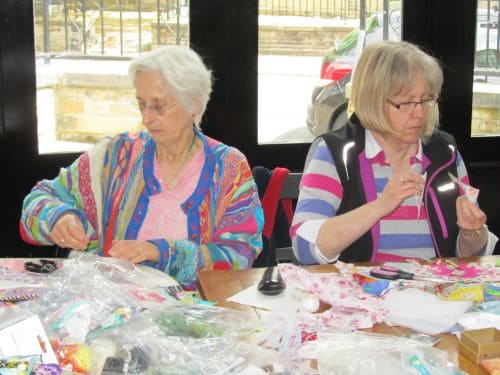 We were very flattered that she had come all that way to see us, she enjoyed the session and promised she’d come again !

The rest of the group had fun too, here are some photos of the workshop …. 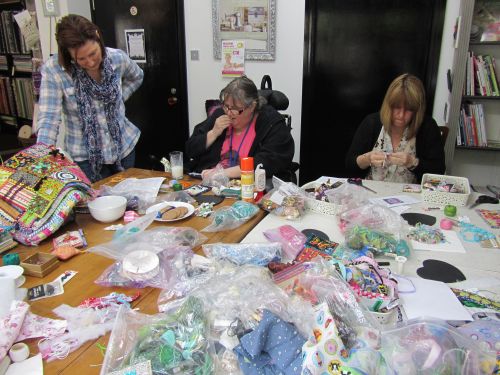 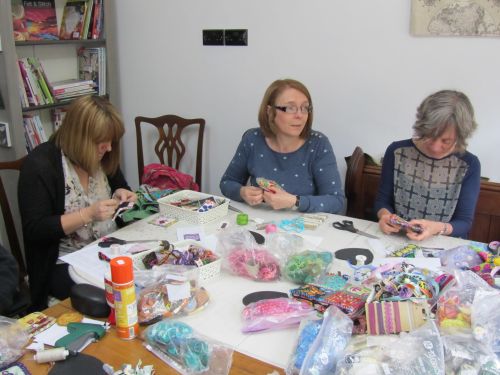 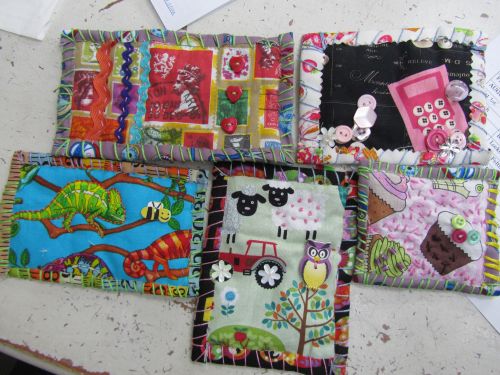 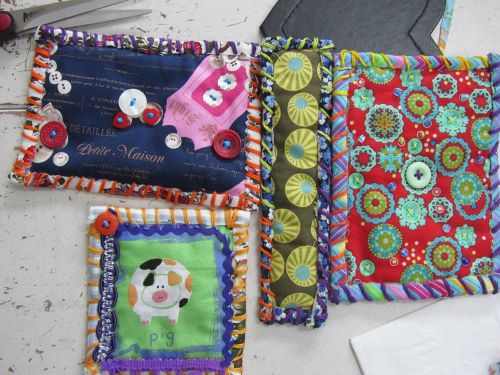 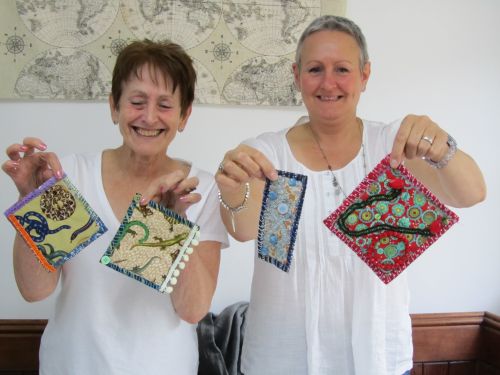 ….. I’m not sure what these are going to be made into once they’re completed, but I’ll  show you what I’ve made with my own Quilt As You Go panels this week …….. 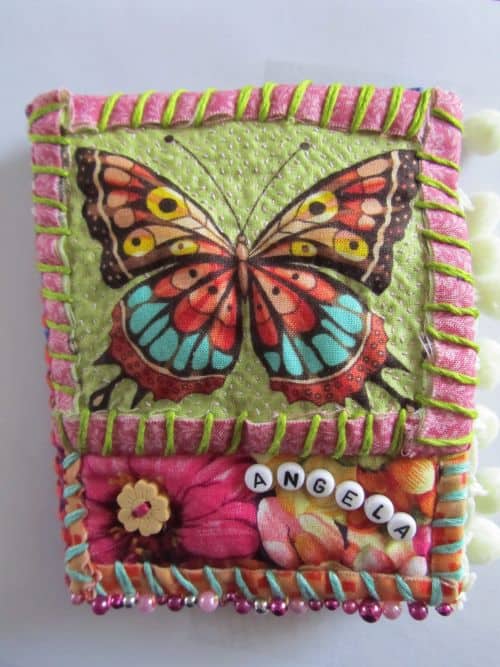 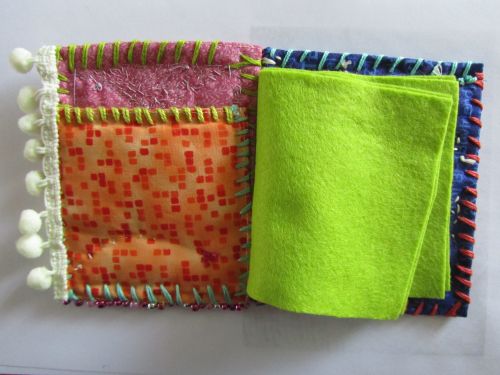 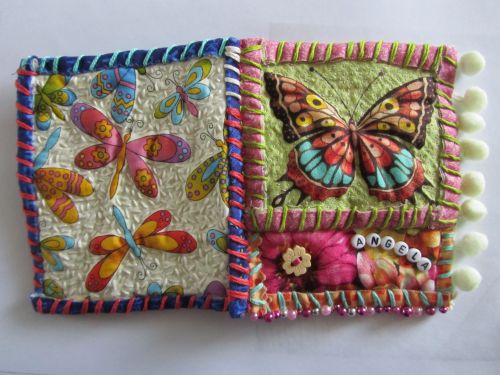 …. it’s a needlecase for a friends birthday, hope she doesn’t see this blog !

The afternoon session was ‘Crazy Creatures’, here are a couple of them, still works in progress … 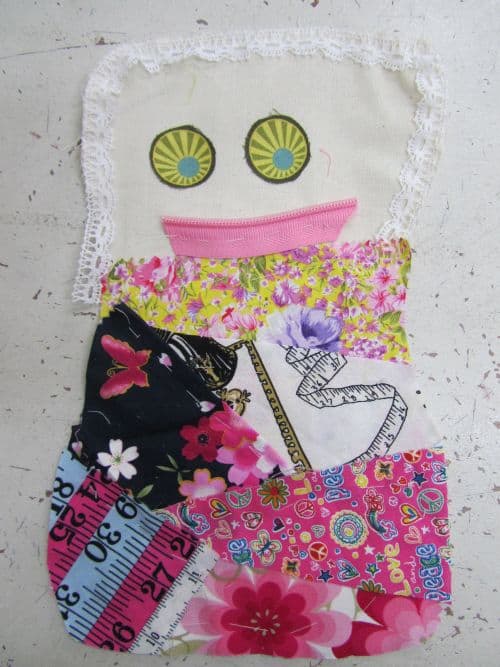 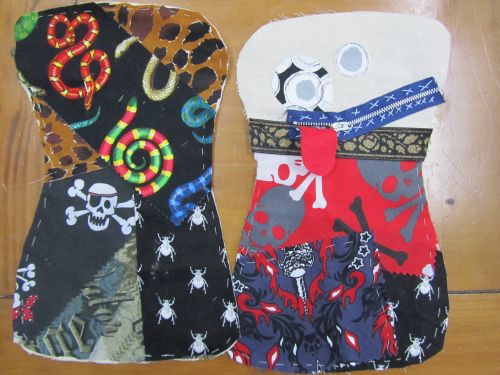 So, last, but certainly not least, Hull !!! Four of my favourite ladies came over for the day from Hull on Sunday. We had a great day, lots of laughs – even when my oven broke half-way through cooking lunch ! Still, at least it wasn’t anything important, like my kettle, or sewing machine ! Tom came to the rescue and took the food to his house, cooked it, and he and Beckie brought it back for us. Crisis over ! 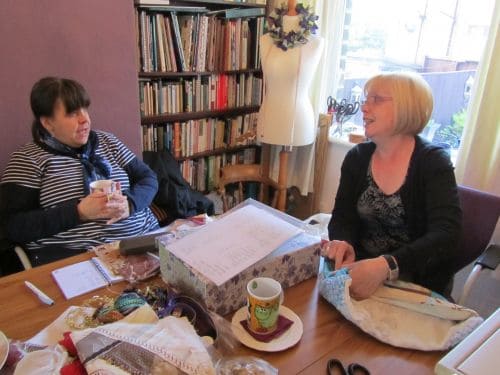 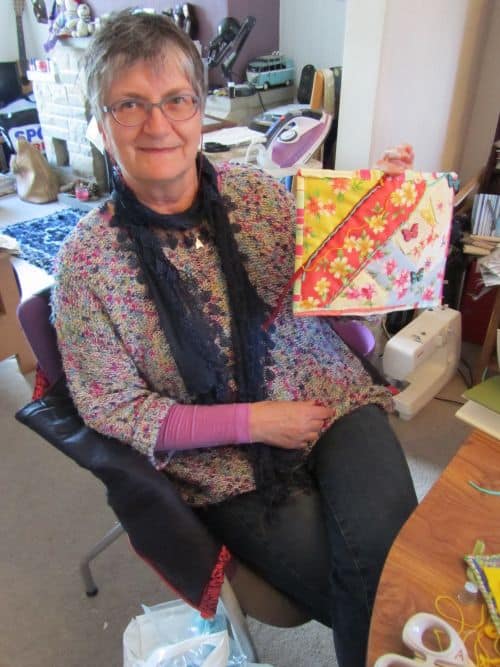 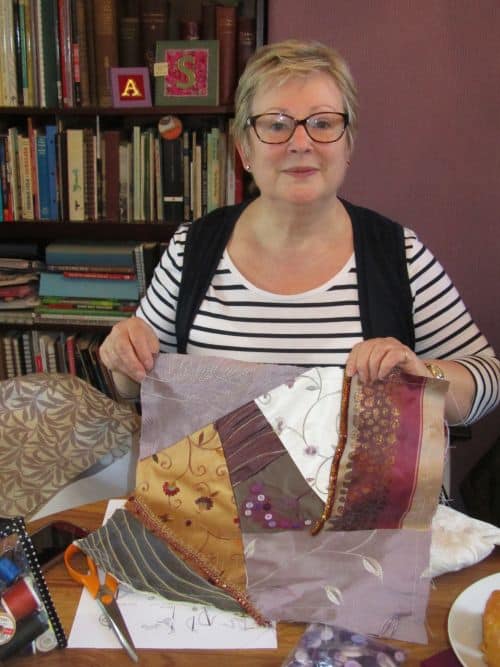 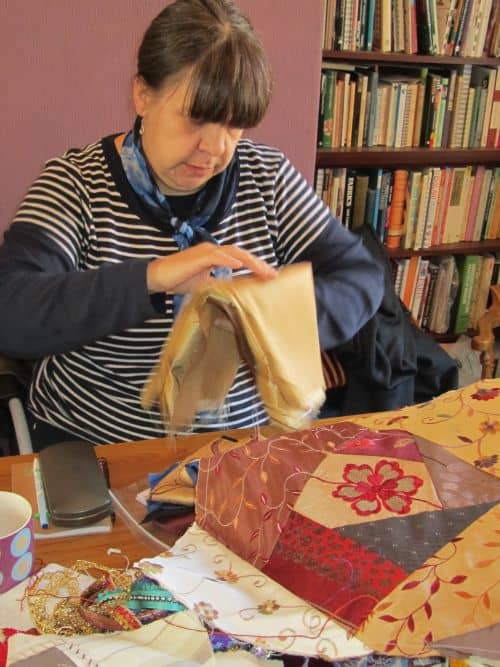 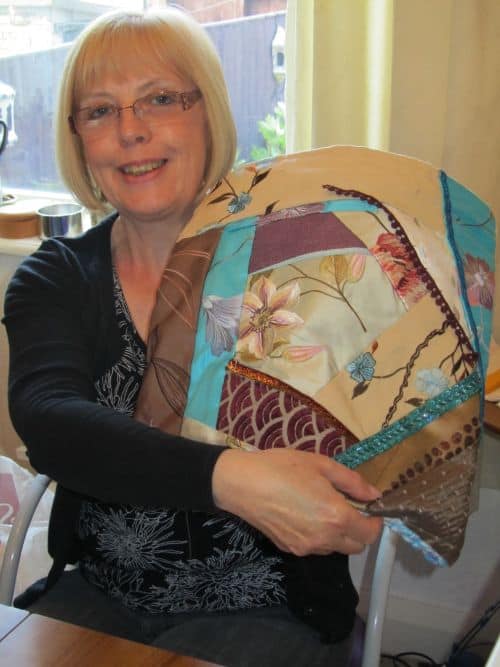 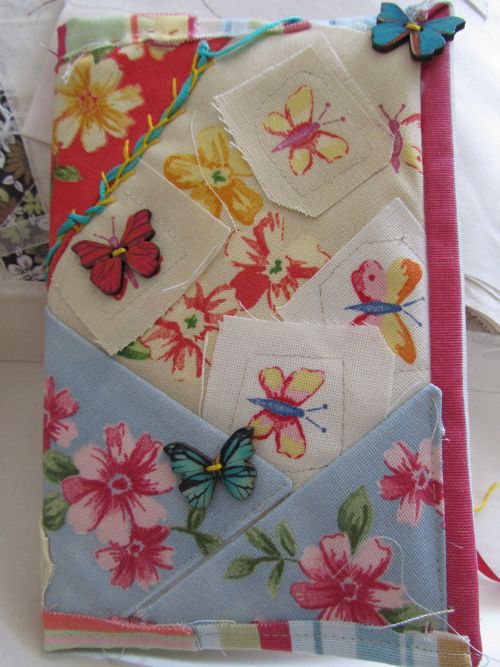 …. I forgot to say it was a Crazy Patchwork course, but I think you’ve probably worked that out !

Janet emailed a picture of her completed cushion later that evening, and also the Goldwork project she started last time they visited … 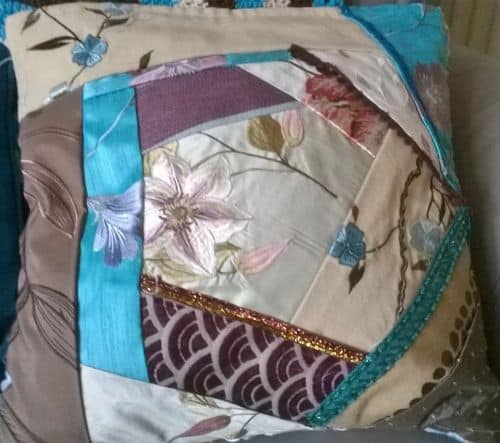 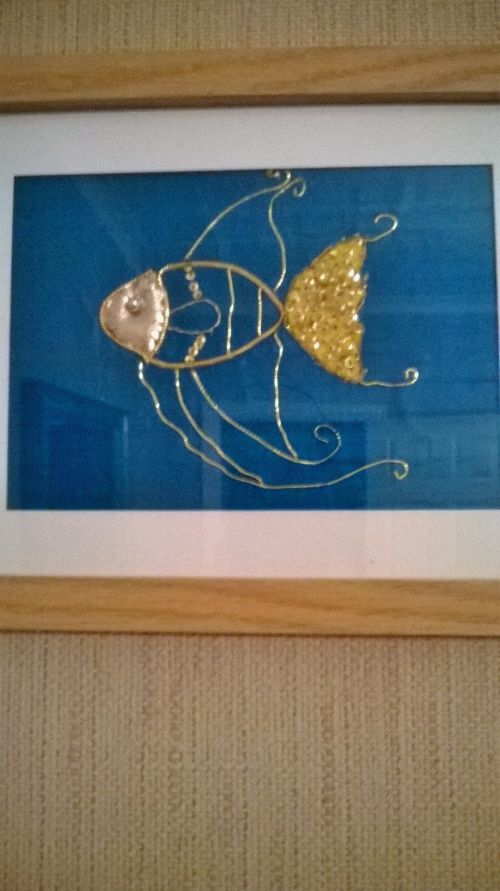