I have spent a lifetime of not sleeping well. I have not slept for more than a couple of hours for several days now. I put it down to a combination of suffering from Bipolar Disorder, Chronic Cluster Migraine, and the fact that the Summer Solstice is around the corner. I got up at 4 am today, wide awake – it was daylight already. I have been writing and drawing and stitching and it’s only 6-30 am now ! One of my favourite Bronte quotes ( of many favourite Bronte quotes ) is by Emily Bronte who said that ‘A person who has not done one half his day’s work by ten o’clock runs a chance of leaving the other half undone’. Very true !

Talking of famous writers, the poet Andrew McMillan came to spend the day with us at the New Library Textile Group. We had a great day, and although some of us were initially unsure about taking part, feeling happier with a needle and thread than pen and paper, everyone joined in and thoroughly enjoyed the session. We will use some of the text in our finished piece of work. 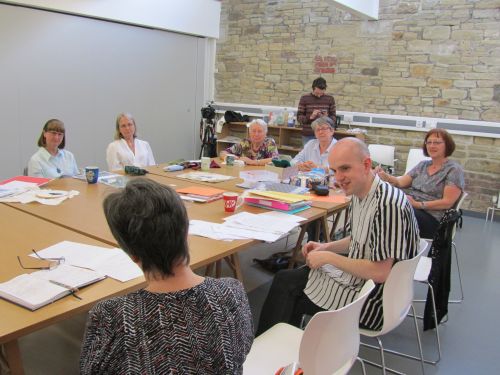 Over at The Fabbadashery we had a lovely day of Jacobean Crewelwork. This is another traditional embroidery technique, as the name suggests, and the techniques and style of design haven’t changed since it’s early beginnings. Here are a few photos from the day …… 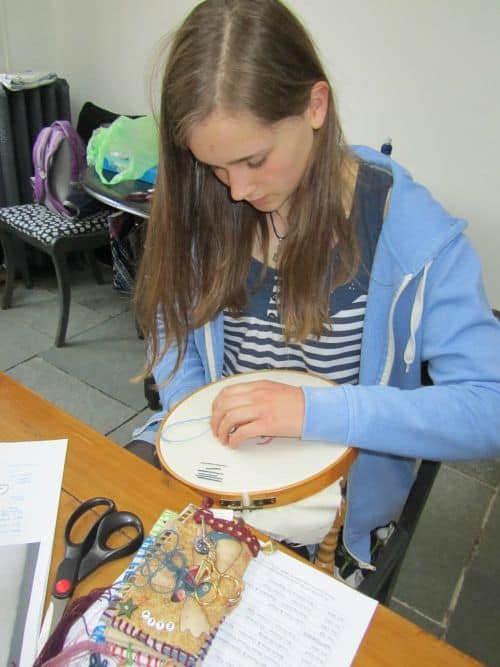 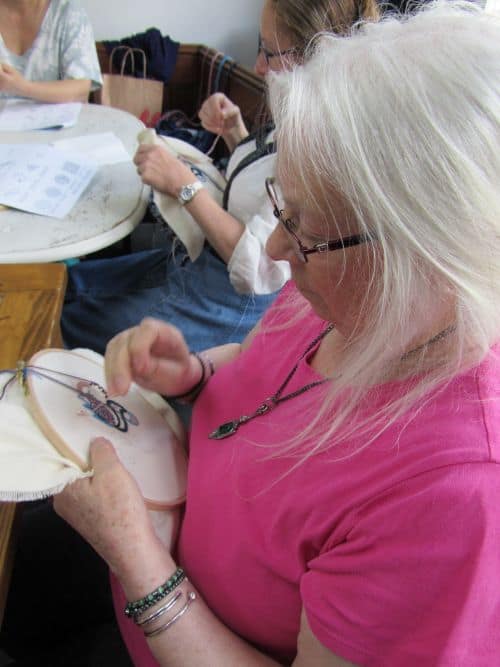 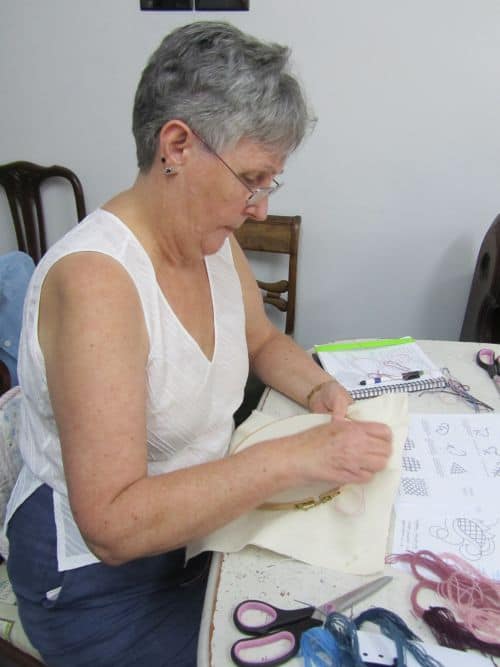 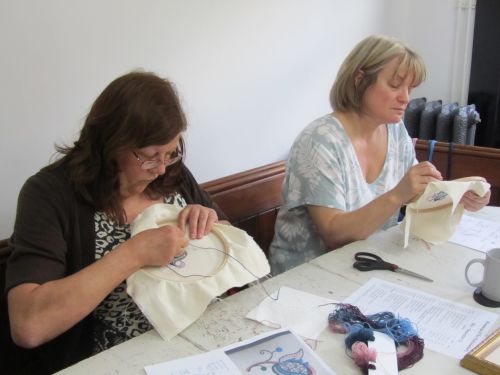 …. doesn’t everyone look calm and serene ? Believe me, they weren’t !! We had a riot ! Especially when Triste managed to stitch her scarf into her embroidery !! 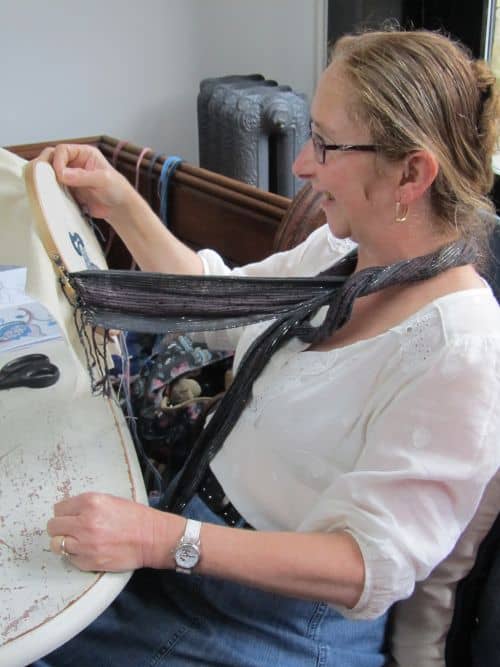 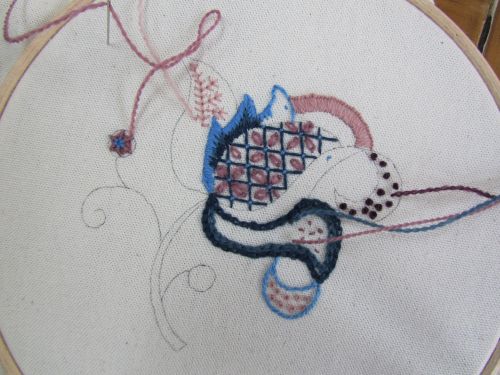 Stumpwork Dragonflies seem to be the flavour of the week. I have run two courses at home this week and have another one at the shop this weekend. The technique is not for the faint-hearted ! A single strand of fine thread is used to couch very precisely over a wire to form the edge of the layered organza wings. But the results can be stunning !

Here are some works in progress …. 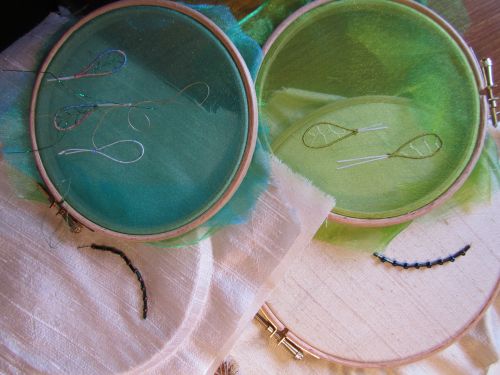 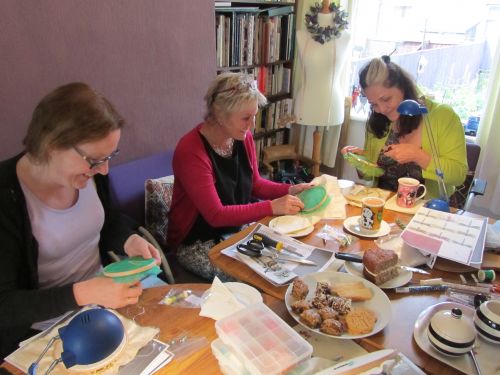 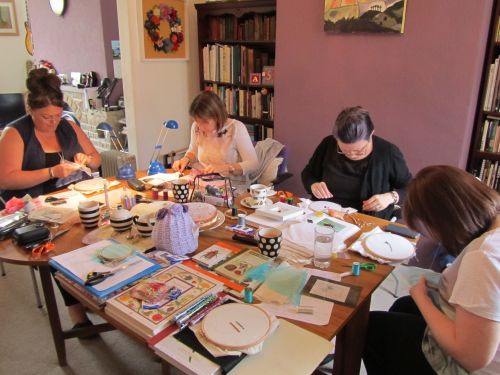 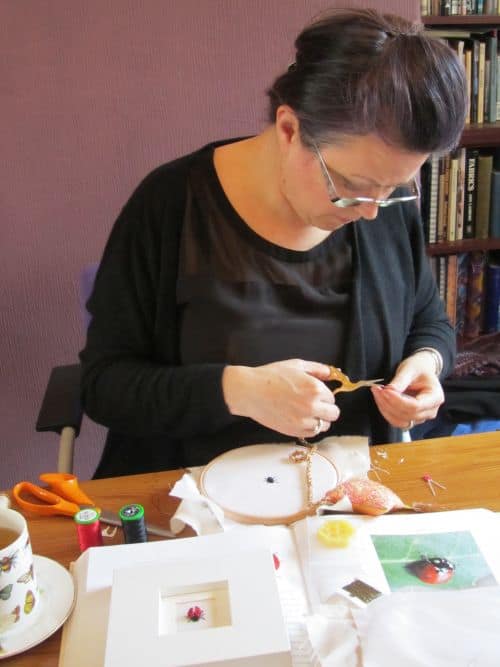 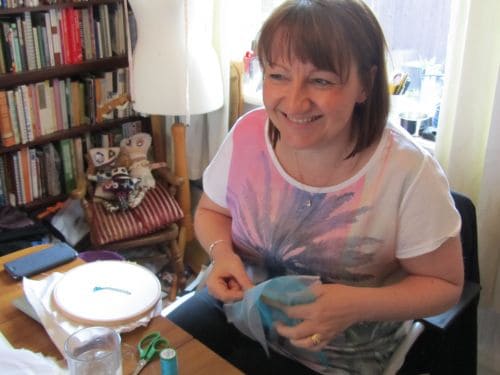 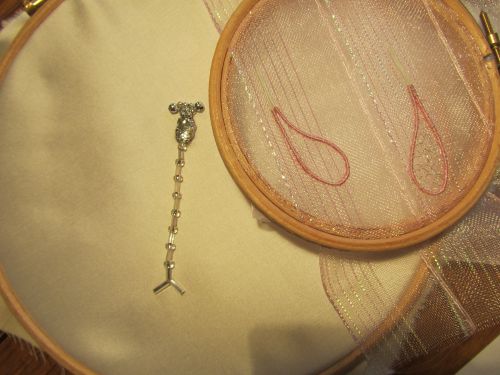 And believe it or not, by the time she went to bed that evening Maxine’s dragonfly had gone from this ….. 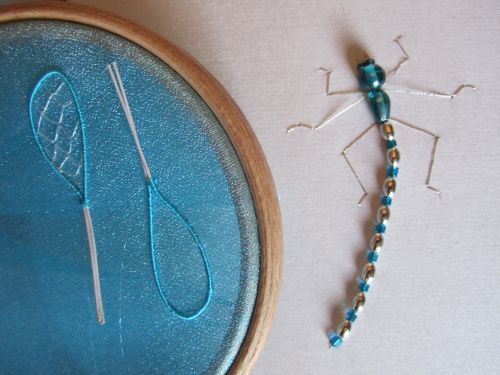 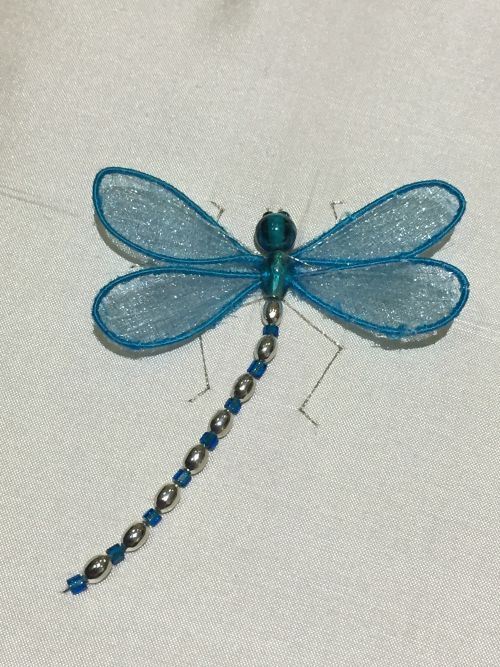 Maxine, who introduced herself by saying she wasn’t an embroiderer (!) also brought her completed applique and stitch picture of Clay House at Greetland. This is how it looked when she left the class ( along with a photo of the building )……. 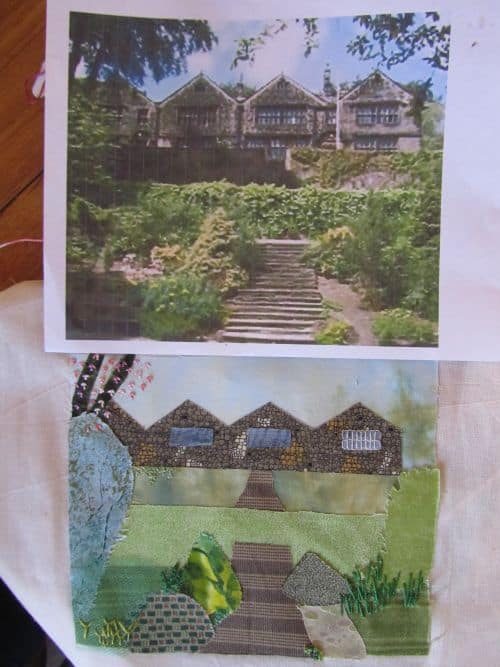 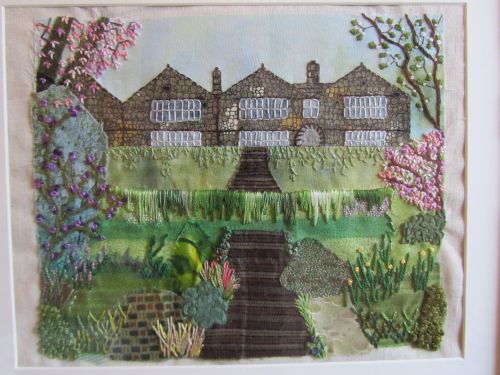 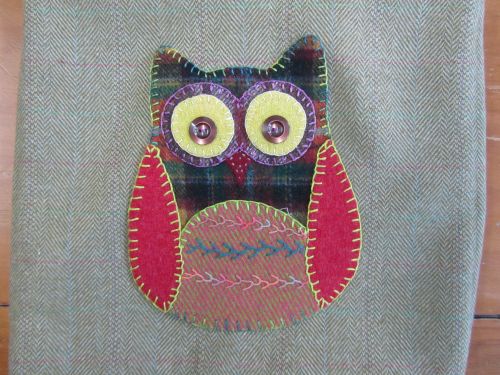 And finally, I just have to give my lovely ( but crazy ! ) son a mention.

Last weekend he completed the National Three Peaks Challenge with a number of the staff from the school he works at. They were raising money to send one of the boys ( who have a variety of special needs ) on an adventure. The Challenge consists of climbing the three highest peaks in England, Wales and Scotland, and trying to do it within 24 hours !

They climbed Ben Nevis in blizzard conditions and minus 9 degrees ! Scafell Pike was climbed in the pitch black with the aid of GPS and a torch, then Snowdon the following day ! Anyway, he achieved it and got home safely, but with very sore feet and painful knees. 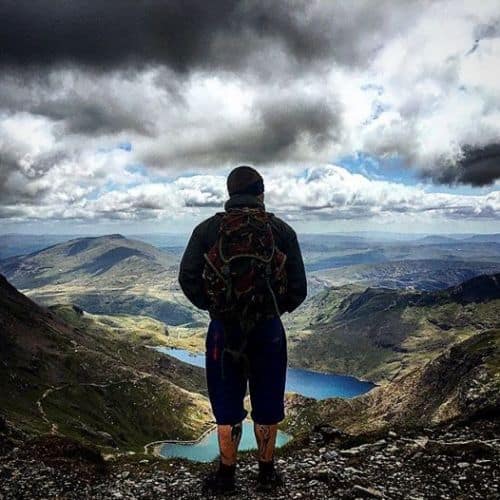