One of my friends once described me as a ‘black belt in embroidery’ ! I was very flattered, it is the only discipline in which I stand a chance of becoming a black belt !

However, when my son Tom asked me to alter his  new ‘gi’  he wears for his Brazilian Jiu Jitsu and Mixed Martial Arts I couldn’t resist trying it on. 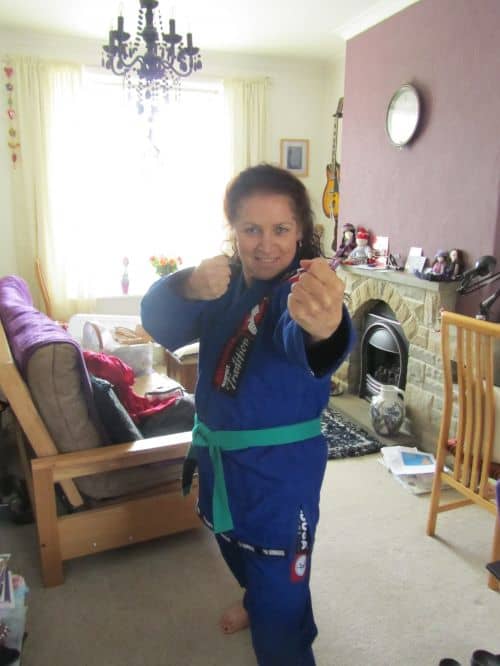 I think it must be the camera angle. I am actually taller than 3 feet in real life !

We had our second Wednesday afternoon get-together at The Fabbadashery last week. Everyone brought pieces they were already working on and we had a fun afternoon ( riotous might be a better description !) with a variety of projects underway.

Jason had created another ‘Crazy Creature’ since I’d last seen him. I think this one was called ‘Stitchy’…….. 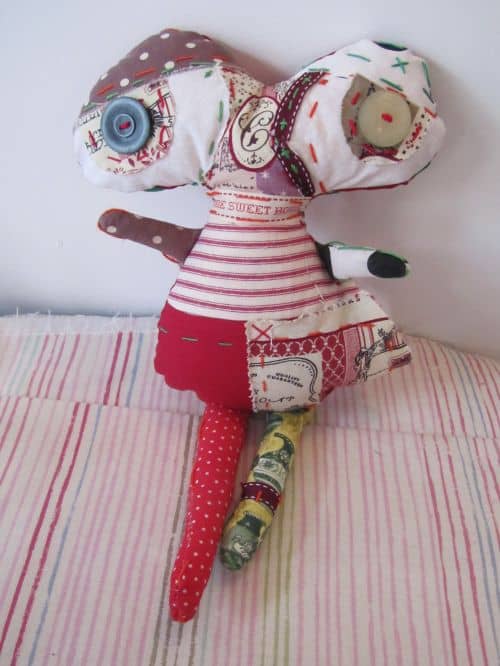 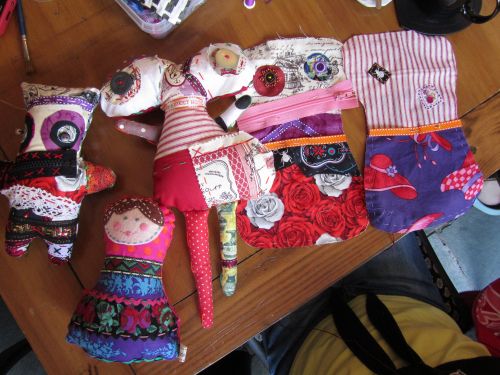 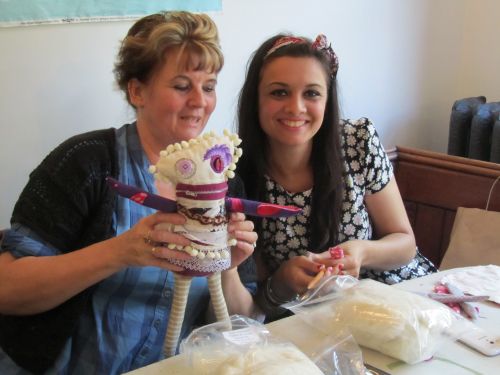 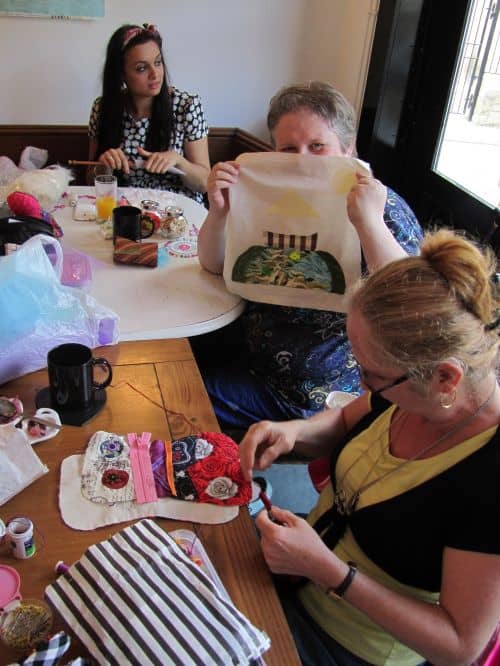 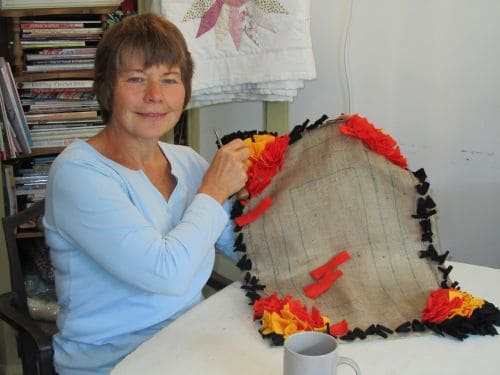 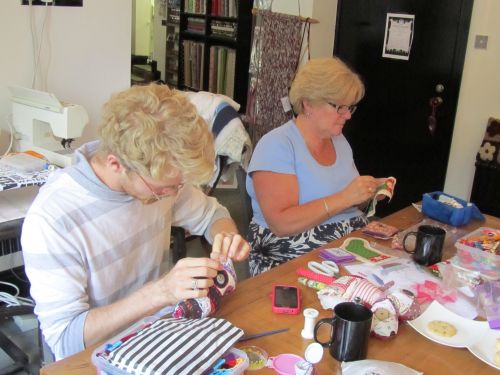 Saturday saw two courses at The Fabbadashery. In the morning we had a Beginners Embroidery class, working on either an embroidery stitch sampler, a  Cottage Garden or Meadow Flowers embroidered picture.

These are works in progress …. 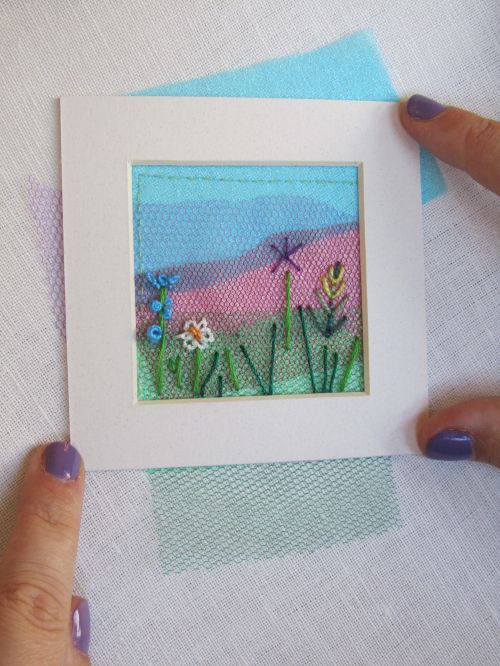 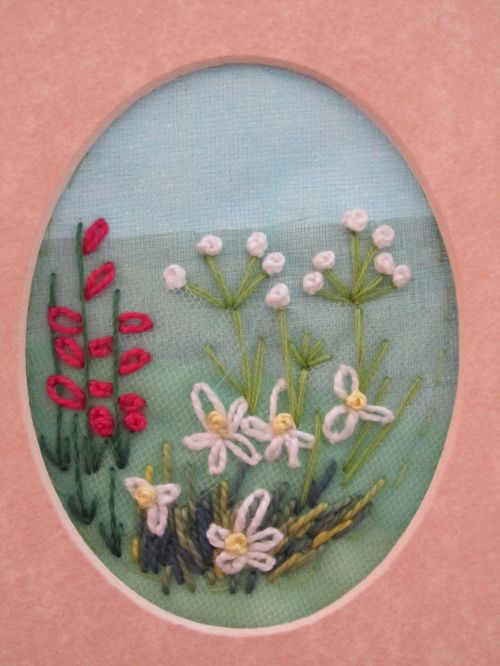 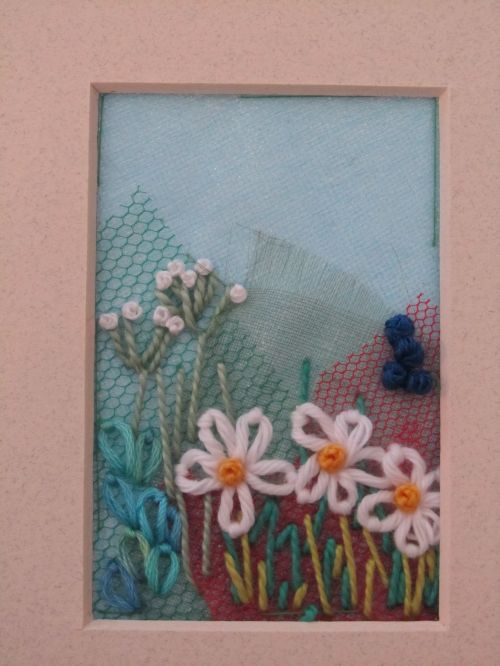 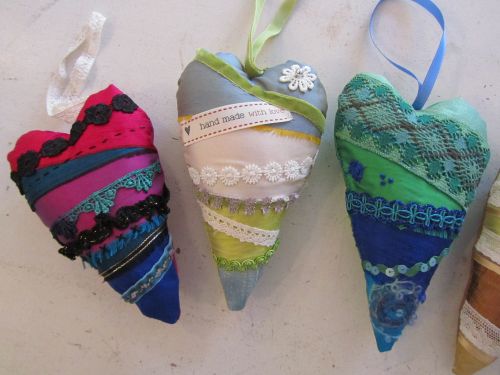 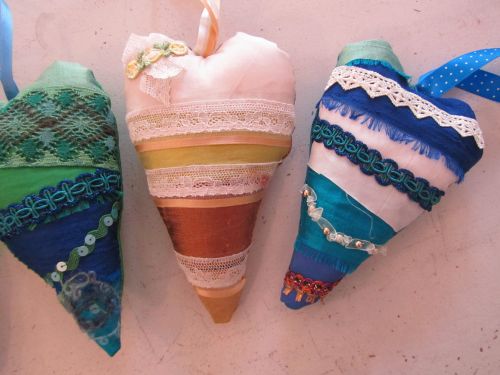 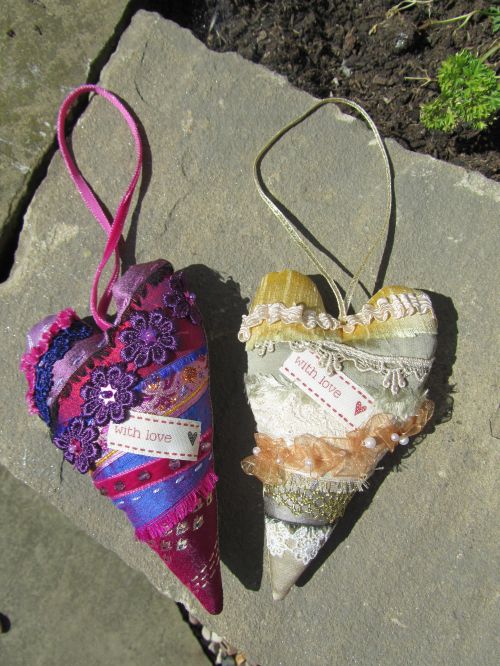 …they look quite Victorian I think.

Now to some of my star pupils !

Two of my star pupils came for the day on Monday. As usual it was an action packed day as I had lots of projects planned for them.

They went home having appliqued and stitched calico bags, made jewellery, and created some fabulous cards with stamping, embossing and drawing…. 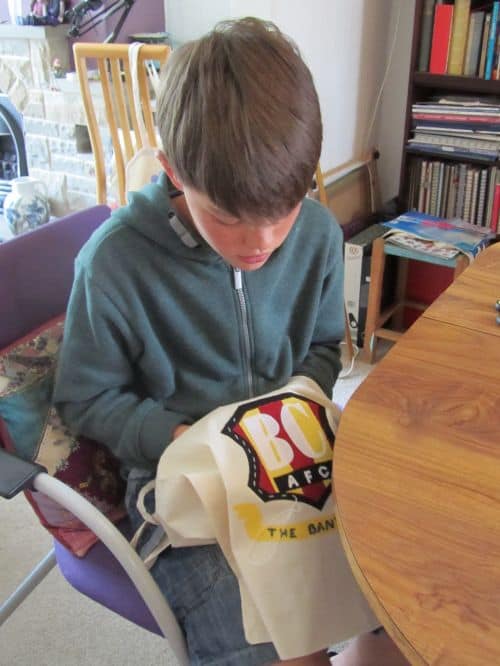 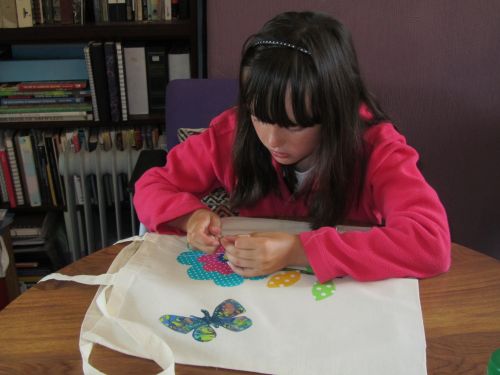 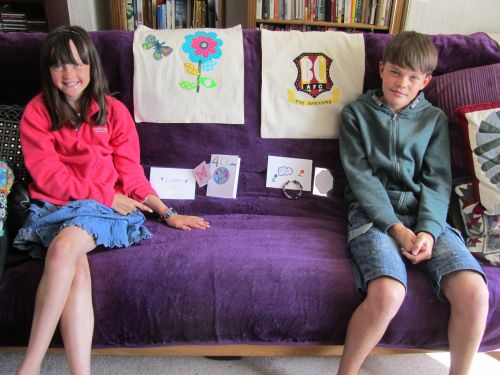 Another of my star pupils is Christy in York, she has been on many of my courses with her Mum and friends. She has sent me a couple of pictures of a cushion she has made for a friend’s birthday.

I think it is fabulous to see how learning the basic skills of sewing/ applique/embroidery, combined with tons of imagination, can result in brilliant pieces like this !!!! 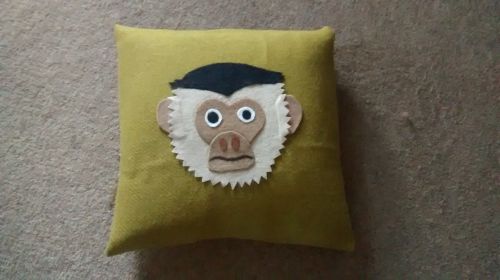 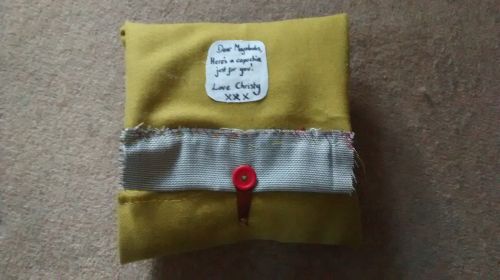 I think she has a very lucky friend !!